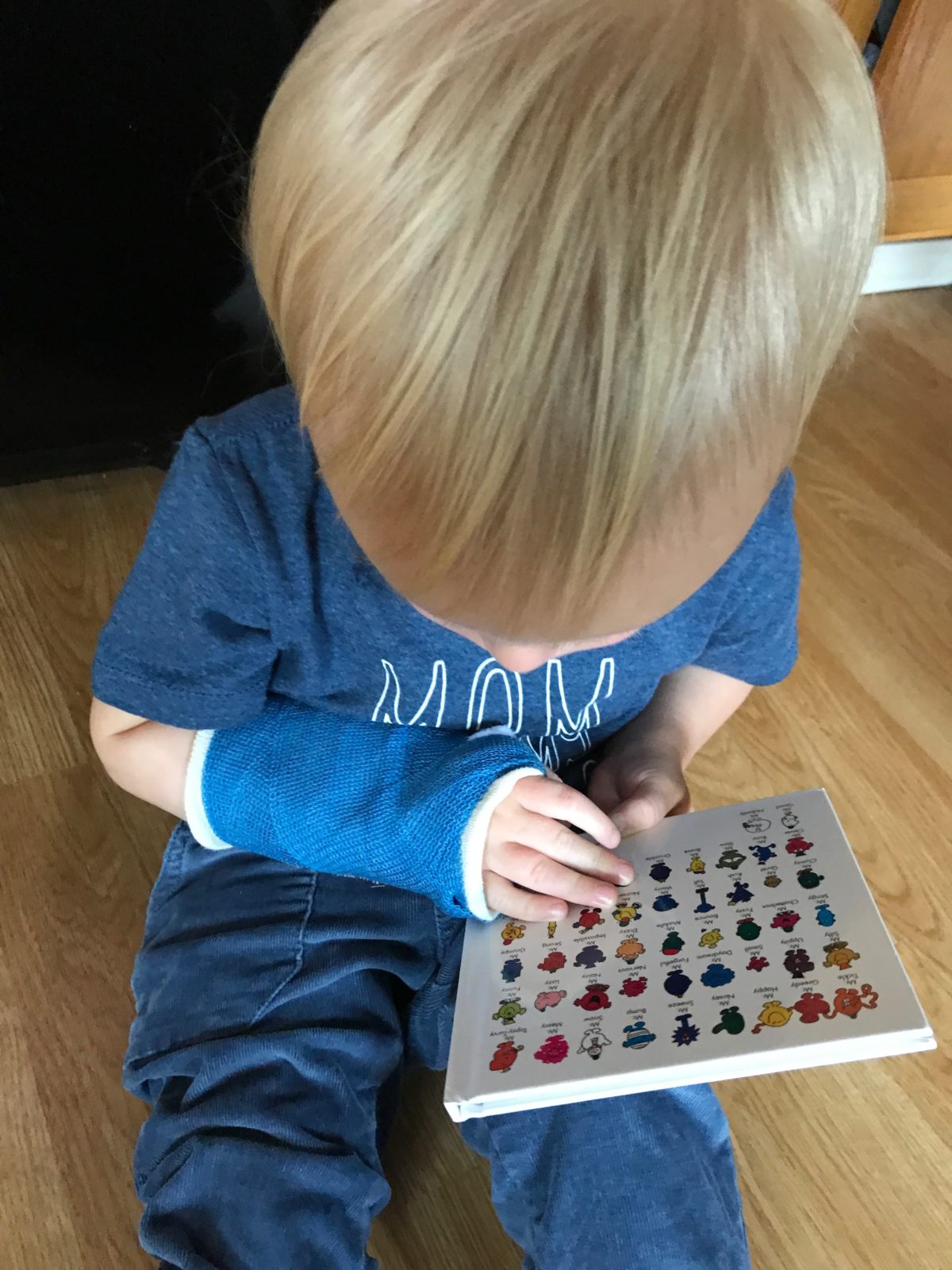 Well, it didn’t take him long. I would have put good money on Jack being the first to break a bone, but what was perhaps more surprising was that he wasn’t horsing around or doing something he shouldn’t. In fact, he came to break his arm at the hand of Ellie.

Ellie and Jack were having a… disagreement, and in the course of events, Jack came to fall off of the bench that they were both on perhaps (definitely) because of Ellie’s hand that pushed him off of it.

It was just a small break, but he was in a cast for about three weeks. Actually, I take that back. He was in a cast for about 18 hours. After we took him to the doctors, when Martina when went to get him up the next morning, she found Jack holding his cast in his other hand. He was just too scrawny (and mischievous) for it to stay on his arm, so the next day they swapped it out for a brace. A few weeks later and he was fine.

Ellie felt pretty bad about it but got over it a few hours later. 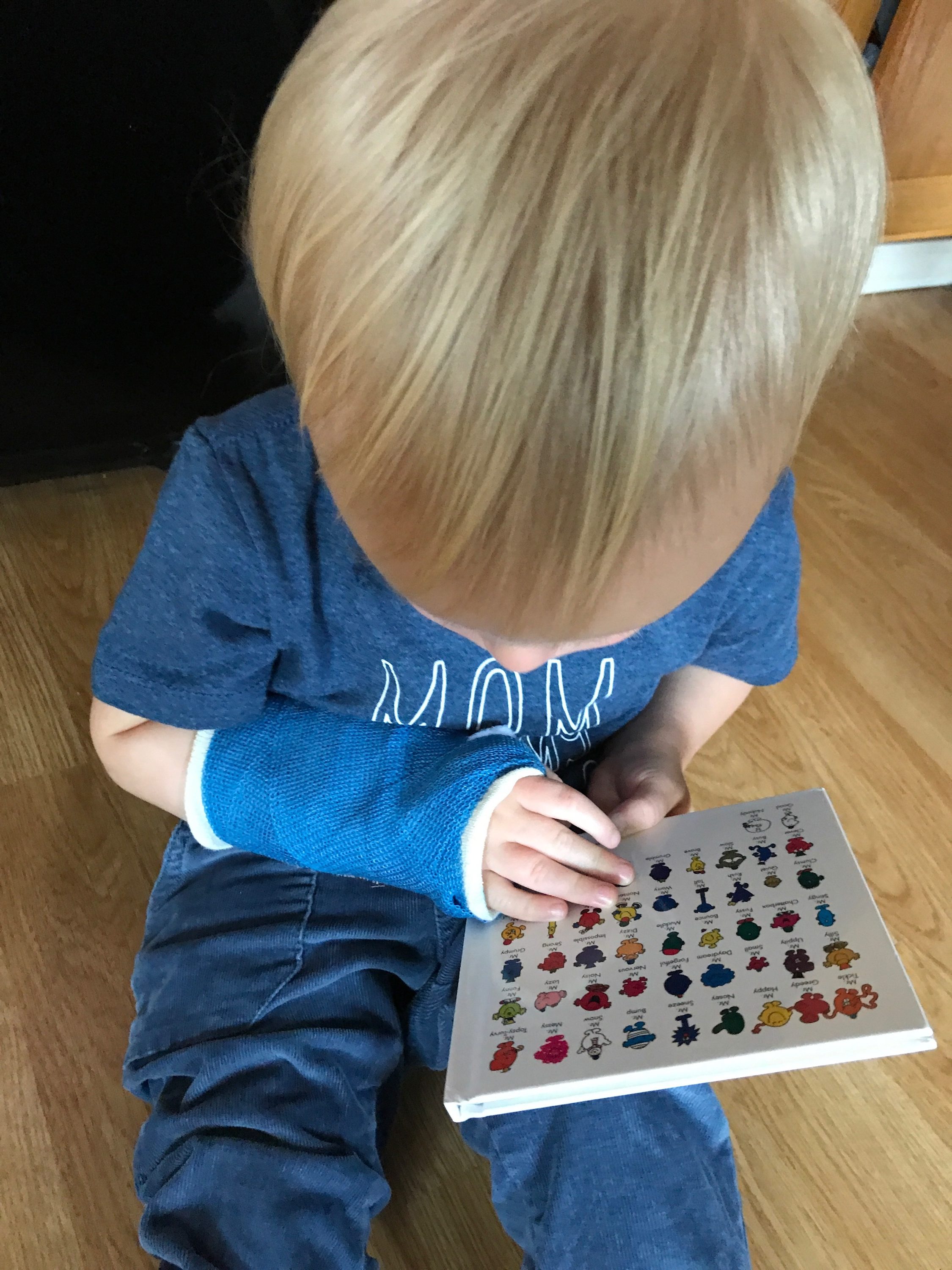