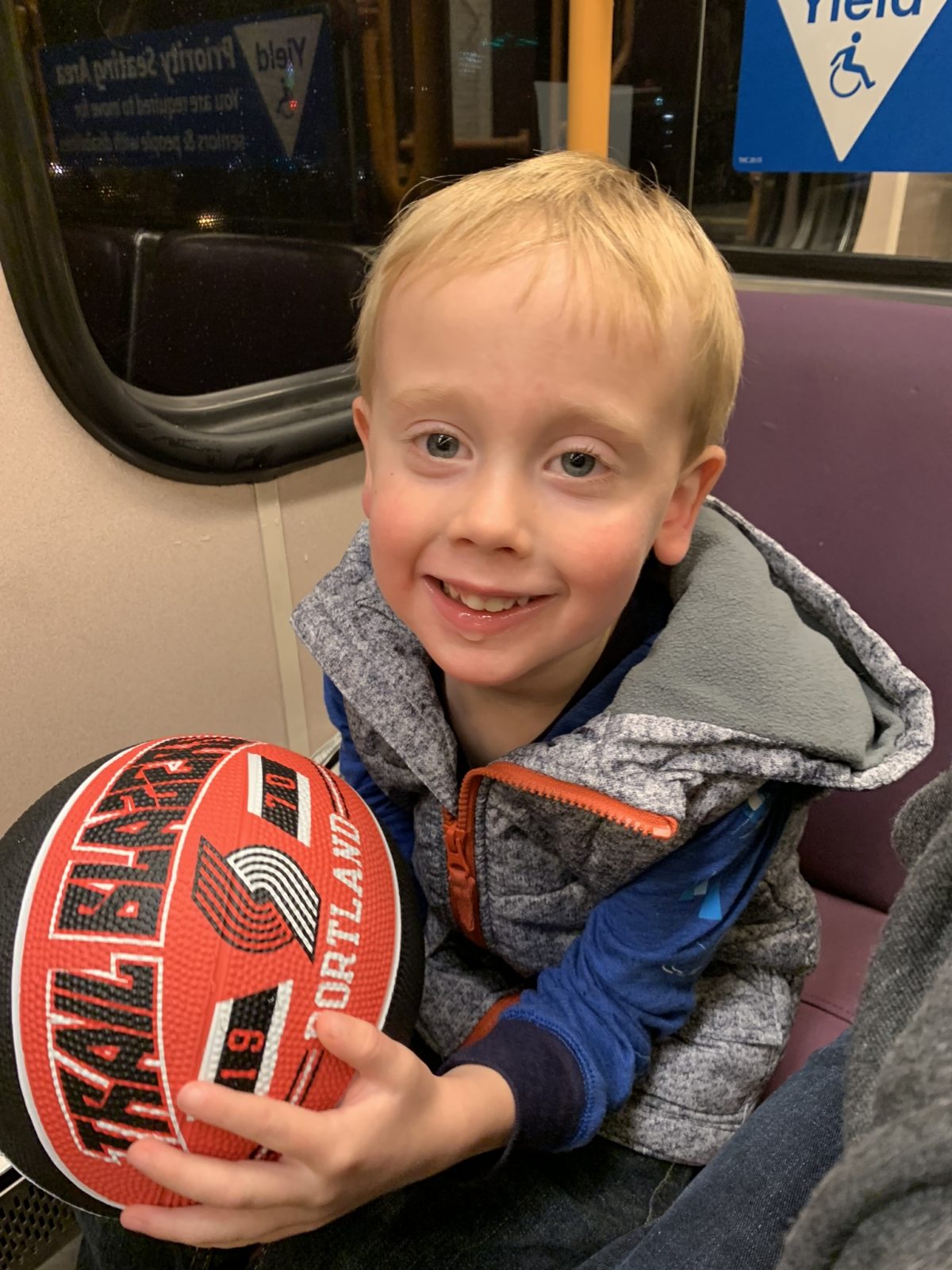 Jack has expressed an interest in basketball for a couple of years now, ever since he started peering out of our windows and saw the boys across the street playing in their driveway.

Since we now live in Rip City, we decided that a trip to go and see the Blazers would make for a great Christmas present, so I took him on a father-and-son trip to see them play the Mavericks.

We had dinner together first (Jack demolishes carbs, so I took him for pizza), and then went to the game.

It was funny watching him trying to follow the game, and then responding by clapping when everyone else did.

All told, we had a great time together and he got his very own Blazers basketball.